How many of these products or similar equivalent brands are in your home?

Here is a list that I put together of really common household cleaners and products that people use. I picked more popular or even cheaper brands to represent the use. ADD THEM UP! COMMENT YOUR TOTAL $$$

Some of you may use even MORE than what I have listed but I honestly could not think of another thing. I ran out of possible items you can buy BUT I know they are out there.

END_OF_DOCUMENT_TOKEN_TO_BE_REPLACED

“What would you do with this DIY homemade dining room table? The table is still ‘in process’ because I am being very indecisive about what I want to do with it from here. Keep reading for full project details and cast your vote or comment your idea.”

END_OF_DOCUMENT_TOKEN_TO_BE_REPLACED

“Here is a little clip of the article written by a couple who left the busy city of Miami to become homesteaders! The site is full of interesting views and experiences. I recommend taking a look into what they have to teach! Scroll to the end for a quick note about the authors of TATTOOED HOMESTEAD. Got to tell ya, I am right with them on the tattooed and the homestead.”

via How to Find Your Dream Homesteading Land

HOW TO FIND YOUR DREAM HOMESTEADING LAND

We are a pair of techno-geek escapees from the cubical farms of Corporate IT who abandoned the hussle and bussle of the Magic City for a simpler life. We are converting a 5-acre plot of land with a house into an off-grid homestead from scratch and trying to grow more while buying less (though we have a long long way to go). We believe in sustainability and self reliance through permaculture and the pursuit of personal happiness. Learn more about us here

When Michelle and I purchased our 1888 farmhouse, it was powered by eight 60-watt solar panels. We added four 75-watt panels, which were $750 each, or $10 per watt. The following year, we replaced our propane fridge with an electric model and added another four panels. (Today, those panels would cost us one-tenth of what we paid, because the cost has plummeted to about $1 per watt!) My neighbor helped me build and weld my own solar tracker, which allows our solar array to follow the trajectory of the sun across the sky. While solar trackers aren’t necessary, they’ve increased the energy output of our system by about 20 percent.

Several years later, we were offered four 175-watt panels at an excellent price, so I went to work building another solar tracker. For each solar panel we add to our array, life gets noticeably easier because we can use appliances that might have been too energy-intensive for our previous setup. Each addition also allows us to reduce our reliance on propane, which supplements our energy for cooking and heating water. Our arrays now hold 2,300 watts’ worth of solar panels, which is more than sufficient to run a refrigerator, a freezer, two laptop computers, an LCD television and DVD player, satellite TV and Internet, a washing machine, and a kitchen fully stocked with appliances. We get by without air conditioning, which would be a major energy hog. (See “Daily Energy Consumption on the Mather Homestead,” below, for a breakdown of our appliances’ energy use.)

Lesson: Purchase additional solar panels as soon as you can afford them. In hindsight, I wish we’d had the money to purchase more photovoltaic panels sooner. Each additional solar panel has made off-grid living more comfortable — ah, the simple joy of a toaster! — and has given us more confidence to use less propane and more solar-powered electricity for our cooking and baking.

You can install grid-tied solar panels without batteries, but to be off-grid, you’ll need batteries to store power for use at night. We replaced our system’s existing nickel-cadmium battery bank that was at the end of its life with $4,000 worth of large, deep-cycle, lead-acid batteries. The batteries are the only part of our electrical system that requires regular attention. I monitor the batteries’ state of charge and periodically add distilled water to them. You’ll need to ensure that your batteries never fall below 50 percent of their charge. Never paying an electricity bill or experiencing a power outage is more than enough compensation for the time I spend to maintain our batteries.

Follow this advice about off-grid living from a 20-year veteran of producing utility-free electricity.

“Homemade anything is better than store bought. Take time to learn something new. Take time period. Just take time. You’d be amazed at what you can learn by simply taking time. I call it ‘home soap’ and if you want to make it, the first ingredient you need is a little time.”

END_OF_DOCUMENT_TOKEN_TO_BE_REPLACED 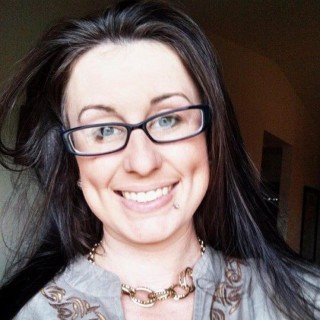